A story about a couple of very different kinds of "flight assistance" than the other two I previously shared.

Quite concerned about how in the world I was going to make it to the Lihue airport with all my luggage, my intuition told me to be ready to leave early in the morning, even though my flight wasn't until 9:38pm that evening.

My next door neighbors at Kumu Camp in Anahola were up early and when I asked, they were quite lovely about giving me a lift to the airport.  (The "Need Oil" light on their rental vehicle had started flashing, so before their next adventure they were unexpectedly having to detour to the airport to exchange it for a new one.) 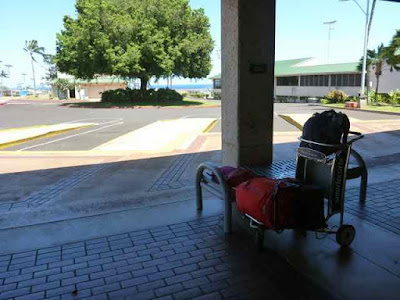 It was extremely fortunate that I was able to get to the airport early, for there were strong waves of energy coming in all day and several times I simply couldn't function in the outer world and could only lay down and receive the incoming energies.

It was a long day of waiting, but I could feel the spirit of the entire island of Kaua'i surrounding me, singing to me.  I knew some sort of energetic exchange was going on that was best served by my presence at the airport rather than remaining out at Anahola beach that day.

By 9 pm we were all quite ready to board our flight to LAX (Los Angeles, CA) when the announcement was made that our flight departure was being delayed until 10:30pm as an owl and the plane that was to be ours had collided during its landing approach to the airport.  (With only a two hour layover in LAX, this was once again, making the connection very tight.)

We were told that the owl had been sucked into and mangled by one of the engines.  A mechanic had to flown over from Honolulu to diagnose the extent of the damage and would hopefully correct the situation before we could be cleared for take-off. 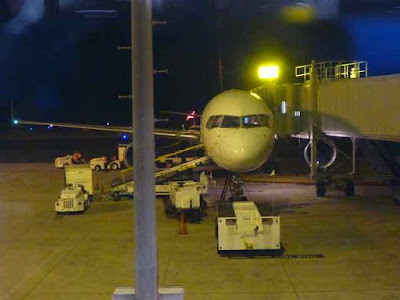 As 10:30pm approached, the announcement was made that it would be more like midnight before we knew what was happening.  It was quite amazing to me how calm everyone was considering that most of us had connecting flights from LAX to destinations further away.  I felt so much appreciation for the crews that had to stay on the job for an extra three+ hours to take care of all of us. 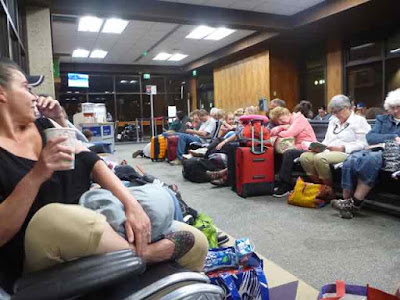 It was way after midnight when our flight finally got the go ahead and we were able to board the plane.

Arriving at LAX the next morning, I discovered that the airline had taken care of rebooking my flight and I had ample time to arrange for my shuttle from the Sacramento airport and find some lunch.  I was absolutely delighted to discover Lemonade which served actual food including vegetarian selections cafeteria style.  Rather rare in the world of airline travel. 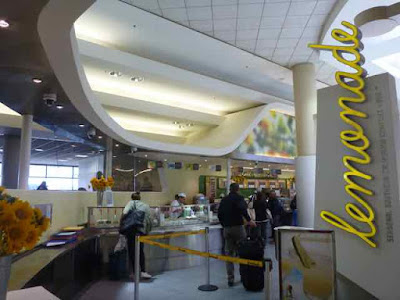 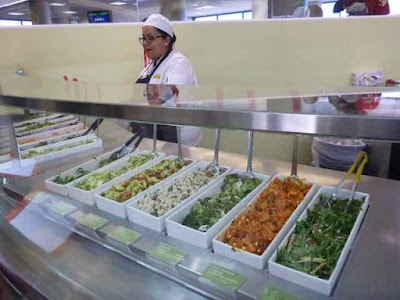 Thank you, Universe!!!  Thank you creators of the Lemonade chain of restaurants!!!

Posted by EarthSong Network at 10:05