I was blessed to live deeply engaged with the natural world for most of the time I spent in Hawaii. 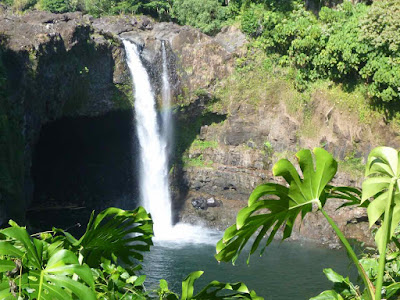 However, after staying less than 24 hours in a friend’s condominium in Keauhou (where there were 15+ different internet servers with their EMFs bombarding one tiny apartment size space - that’s not to mention cell phone and television radiations going on.), it was a huge relief to get to away from the civilized “madness” that so many millions of people are living in these days in urban situations like his and arrive early to sit with the trees and feel the gentle breeze caressing me at the Kona airport.

My body is MUCH happier when I’m in a EMF free zone, vibrationally clear and safe places which are fast disappearing as various, disastrous types of vibrational pollution run rampant on the planet.  Ambassador Ehani recently sent out a link to his youtube video, EMF - Electromagnetic Fields & Pollution that - from my perspective of traveling and experiencing many different environments around the world - gives a very good analysis of the current world situation and ways to best cope and protect oneself.

At the Kona airport, I met and connected with a new friend who talked about work she has done exploring and teaching about the physiology of the human body when exposed to extreme environmental conditions.

I consider my night in the condominium to be one of the most extreme toxic environments I’ve had to endure in recent years.   I wonder what it’s going to take for people to wake up and realize what humans are doing to themselves vibrationally and electromagnetically?  To me it’s no wonder that there’s so much sickness and craziness going on, especially in the USA with everyone’s systems being jingle-jangled constantly.  How could there not be???

I thought it was quite interesting that I was "called" to be changing worlds at the time of the New Moon/Solar Eclipse.  While waiting to board our flight, feeling my deep gratitude for my time and profound experiences on the Big Island, I felt an urge to sing well up from deep within me, and so found myself singing the song that seems to connect me with the Ancient Ones.

As I sang I could see in my mind how each of the waka’s (large double hulled canoes) that left for a long trans-ocean voyage, was always blessed ceremonially.  So as I sang, I saw our plane and crew and all the passengers as being blessed and assisted by the spirit/natural world to safely reach our destination.  Almost like a spiritual cocoon surrounding our plane.

We were all boarded and ready for take-off a few minutes early and after we were up in the air for a bit, the captain came online to say that we would probably arrive in Phoenix almost an hour early as we were experiencing surprisingly fantastic tail winds!

It’s always an incredible experience to leave one land mass late at night and arrive at another the next morning. 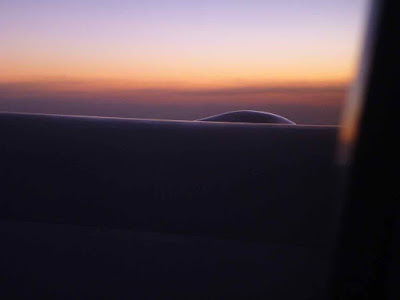 Beginning a new day in a new world flying over a new land mass, 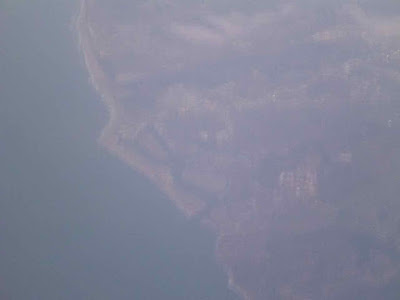 with a very different terrain. We actually did arrive over 50 minutes early.

My heartfelt thanks and aloha to Gaia and to the Ancestors and Ancient Ones for another safe journey.

Posted by EarthSong Network at 15:05