Two days before I needed to fly to from Arizona to Kaua’i, I found a ticket that felt like it was mine.  Lower in price than what had been available the past couple of days as I searched for a flight, it had suddenly appeared in the listings.

My only concern was that there was only a half hour layover between arrival in Portland from Phoenix and departure from Portland to Lihue on the Island of Kauai.  I went ahead and followed my guidance that this was my ticket and booked the flight, but my mind, couldn’t let go of the concern that it might not be enough time to change planes (especially knowing how the tail winds/head winds could change flight times from my last flight from Kona to Phoenix - see Flight Assistance story.) 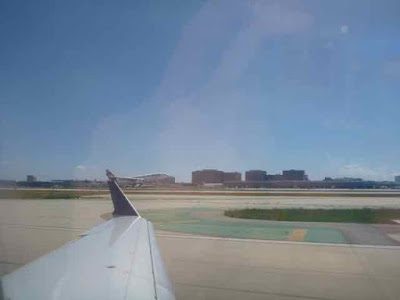 We sat on the ground, waiting to take off, delayed, just as I had feared.  All I could do was hand it over to the gods.  It was out of my hands.  Nothing I could do now but deal with whatever unfolded as it unfolded.

I did mention my dilemma to the Alaska Air crew and they were extremely helpful.  They told me which gate I would need to get to and where it was located and shifted me to a seat much closer to the door so I could get off right away. 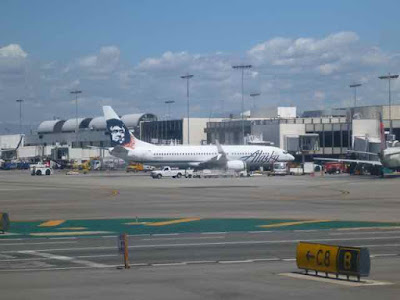 I exploded off the plane to be greeted by a man who said, “Gate 3, they’re holding the plane for you.”  I burst into tears of extreme gratitude.  I ran as fast as my heavy pack allowed, incredibly grateful that I would be on that plane, still wondering if my luggage would make it as well.

As I ran up to Gate 1, having not seen Gate 3, crying out, “Where’s Gate 3?”, I was greeted by a woman who motioned, “Right over here.  We’re getting your bags.  No worries!  Plenty of time because your flight’s going to be having fantastic tail winds.  And we’re getting your luggage.   When I expressed my appreciation for how they’d all been helping me out, I got a warm hug from the gal as she unlocked the door for me to enter the boarding corridor.

Cheers went up as I entered the plane and found my seat.

Even with the delay caused by my late arrival, we still arrived at our destination 25 minutes early!!!  In Lihue, one bag came chugging down the luggage carousel.  Then the carousel stopped and I thought, “Oh, no, where’s the second one?”  Coming around the corner, there it was.  Hallelujah!


Thanks to the spirits, angels, guides and masters who walk with me, clearing the way!